The union decided to delve a little deeper into how language teachers (mostly) were fairing in the coronavirus economy.

We have run a survey for a week now and have received 422 responses from across the country.

73 responses have come in from direct hire university teachers; 66 from direct hire jobs at private and public schools; 51 teachers dispatched to companies, boards of education, and universities; and 177 employed at language schools.

Here are some of those results:

On a scale of 1 to 10 with 1 being most worried about loss of income and 10 being most concerned over health, select a number that best reflects your concerns during this pandemic. 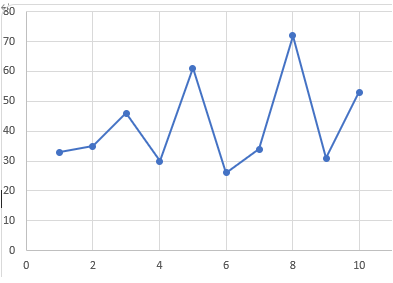 Broken down by employment type (below) we can see how those in less stable, less financially lucrative jobs in language schools and dispatching react a fair bit different from those in direct hire school and university jobs. 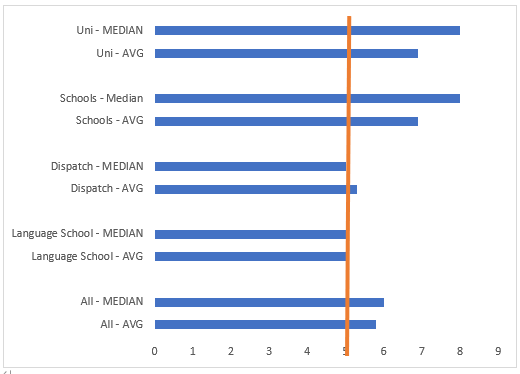 When asked to comment on how severely they expect this current situation will affect them financially, respondents answered like this: 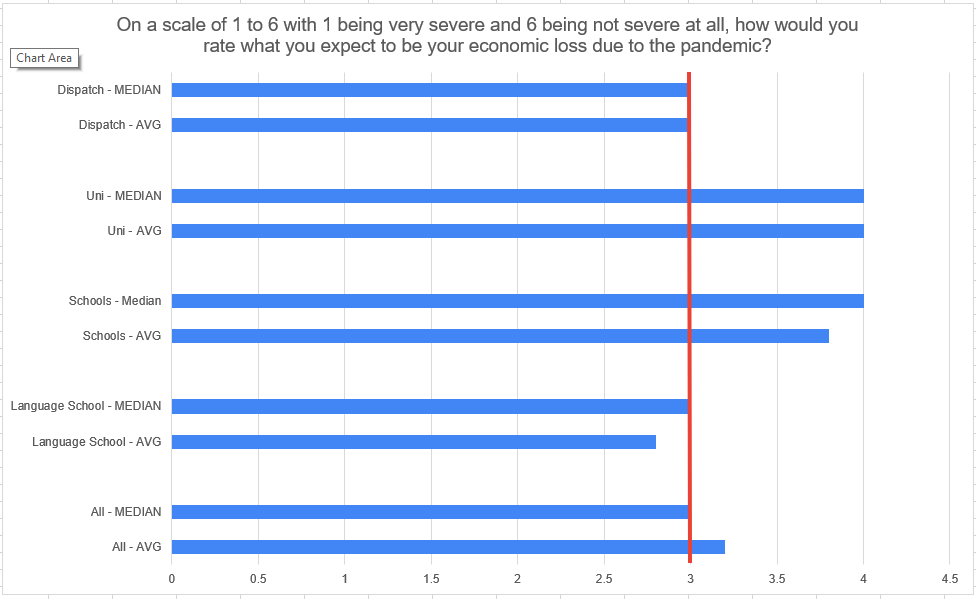 And what is happening on the job front? Of 269 respondents who said they worked at only one job, the numbers reporting no pay is rather low. The number who report still having to report to work makes one wonder what kind of “emergency” we’re in. 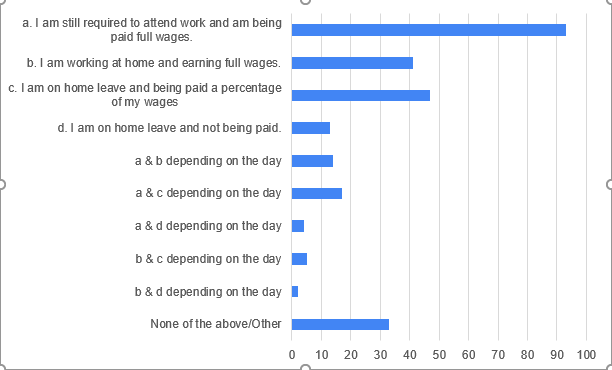 For the 152 respondents reporting multiple jobs, they responded about 174 jobs in the following way (we have heard that some couldn’t respond as they don’t really know what will happen to them). Sadly we see that almost one-third of these part-time jobs were reported to NOT be paying any home allowance when work has been cancelled. 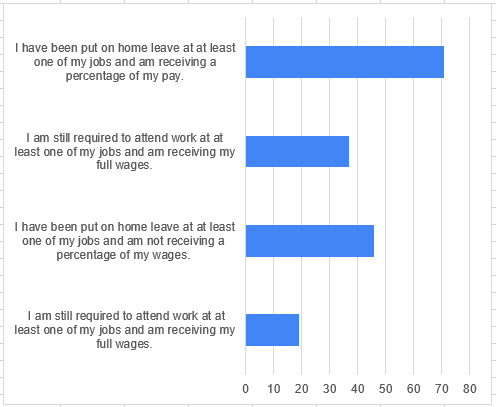 Those with only one job in language schools don’t report many problems with not being paid. In fact, the General Union has negotiated hard with major employers to make sure teachers are being paid at least 60% (and not the cheap version of 60% found in the law), a real 60% of wages.

32 language school teachers with more than one place of employment reported on 61 jobs. A rather small number reporting makes it rather difficult to compare any data.

Dividing up data between part and full-timers leaves us with too little data to do any accurate comparisons, but out of 77 responders (both part and full-time), only four reported being sent home without any provision for wages.

While this data is not yet complete enough, we believe it gives us a glimpse into what is happening in the world of education amongst language teachers/foreign teachers.