Jul 8, 2019
On Saturday, 20 July at 19:00 at the union office, we will host a seminar and the speaker will be the general secretary of the Kan’nama branch who will speak on the history of their union, why they chose the path of industrial unionism (which is how our union is also organising as opposed to a union based on workplace only), and the current attempts by police to harass their activity.
Most people in the English speaking community do not get an opportunity for a first-hand account so full interpretation will be provided. Come out and hear about how the real labour movement in Japan is fighting to improve the lives of all workers.
This is a rare treat and we don’t want a union who is reaching out to us to think that we are uninterested, so a good showing from GU members would be really appreciated. Kan’nama has strongly supported the General Union especially in our early history when the GU was under union busting attacks by employers.
RSVP if you can attend.
Union Solidarity from the UK. Members of the National Shop Stewards Network send solidarity messages to Kan’nama.
組合つぶしの弾圧を許さない！関生と連帯！We won’t forgive repression to bust unions! Solidarity with Kan’nama 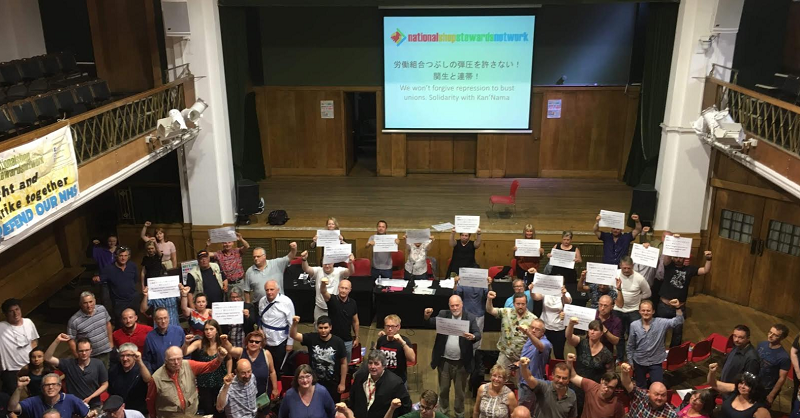