Shoin forces people to take a 6 month break between contracts.

Teachers are left without a job, so they do what must be done: they fight.

To spread awareness of the situation, the General Union starts a leafleting campaign. 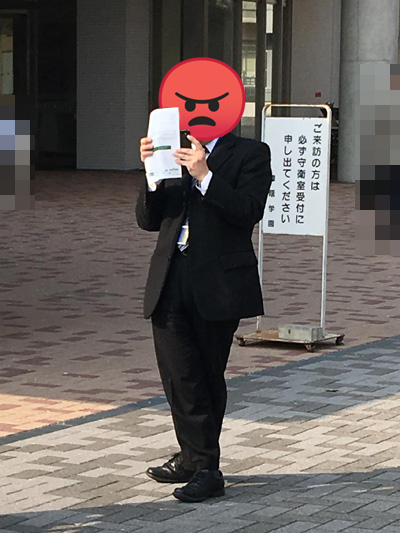 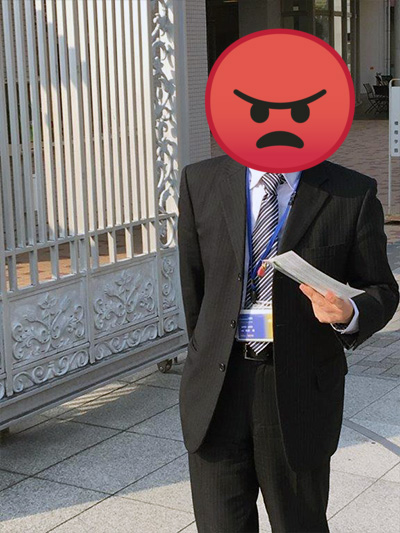 See that guy with his face blocked out?

That’s the guy who tried to take our picture the other day.

Leafleting is legal in Japan – so is recruiting new union members this way.

We were a small, quiet, and friendly group, leafleting outside the school gates.

The leaflet informs people the of new law and has membership application form.

So, why was he taking pictures?

There are already security cameras that capture everything.

Was he trying to intimidate us?

It could be an unfair labor practice!

Read more about our fight with Shoin here.