Non-Disparagement Clauses, The Law, And You

WHAT IS A NON-DISPARAGEMENT CLAUSE?

Known as “hinan kinshi jōkō” in Japanese (非難禁止条項; literally “condemnation prohibition”), a non-disparagement clause is essentially a section of a contract (or work regulations) that states that an employee is not allowed to say anything bad about the company that they work for.

In the wild, they tend to look something like this one from Interac‘s “Work Regulations For School Education Instructors (2016)”:

Article 31 (Rules To Observe)
17. A school education instructor must not criticize the Company, its employees, its clients, clients’ employees and students, the curricula or the teaching materials, etc., in any way or form.

Are you being exploited by your company? Disappointed with another employee? Having a hard time with some students? Frustrated by the awkward syntax in the English textbooks?

You’re not allowed to complain about any of that.

When the Employee:
(12) damages the reputation and trust of Joy Talk by judicial misconduct in his/her private life and disparagement, defamation, etc., against Joy Talk and acts to exert a serious harmful influence on business.

A non-disparagement clause can therefore be said to be a “you’re not allowed to complain about anything” stipulation in a contract; an “everything is great” rule that an employee is supposed to obey to shield a company from any and all criticism (warranted or otherwise).

When placed in the same sentence as words like “defamation” and “judicial misconduct” (which is what occurs a judge acts in a way that is considered unethical or otherwise violates the judge’s obligations of impartial conduct – such as accepting bribes – and has nothing to do with employment), companies such as Joytalk imply that complaining about the company might lead to legal action.

However, there is a big difference between “disparagement” and “defamation”, and (in this context) neither of these topics can be handled by contract clauses.

THE DIFFERENCE BETWEEN DISPARAGEMENT AND DEFAMATION

Before we continue further, it’s important to establish the difference between “disparagement” and “defamation”.

Disparagement is the act of speaking negatively about something, regardless of whether or not that negative statement can be proven to be true or not.

As you can see, part of the problem with “non-disparagement” clauses is that the meaning of “disparagement” is as broad as it is nuanced. 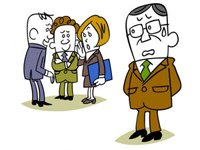 In contrast, defamation is much easier to define:

Defamation is the act of making false statements (as fact), published with malice, that injure the reputation of a third party.

Opinion and hyperbole are generally not considered to be defamation, but publishing defamatory statements under the guise of “opinion” does not nescessarily make it so.

Therefore, while disparaging, saying that your manager is “literally Hitler” is not defamation (because hyperbole in context).

However, making the claim on your blog that your manager is an actual member of the Japanische Heidnische Front and that the entire company is a wing of the National Socialist Vanguard is probably not something that anyone would consider to be mere disparagement – unless you can prove it, that is.

While the various intricacies of “what is” and “what is not” defamation is topic that’s detailed enough for its own article, it’s generally safe to say that complaining about your manager, company, work conditions, school, teachers, students, textbooks, or the state of English as a whole, is not defamation.

Now that we know the difference between disparagement and defamation (and that the two are not the same, but that one can often lead to the other), lets answer that all important question:

Are non-disparagement clauses in contracts actually legal?
No, they’re not.

We know this because Article 21 of the Constitution of Japan says so:

Article 21
Freedom of assembly and association, as well as speech, press, and all other forms of expression, are guaranteed. No censorship shall be maintained, nor shall the secrecy of any means of communication be violated.

We’ve spoken before about how non-compete clauses are illegal due to being in violation of Article 22 of the Constitution (the right to choose your own occupation).

Non-disparagement are illegal for the same reason: they violate your constitutional right to freedom of speech.

The Ministry of Foreign Affairs of Japan elaborates further:

Can you imagine how ridiculous it would be if companies actually had the authority to place legally binding gag-orders in their employment contracts?

“Uh, we had a slight communications malfunction, but uh… everything’s perfectly all right now. We’re fine. We’re all fine. Here. Now. Thank you. How are you?” 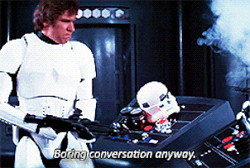 There are some caveats to this verdict, however (because there always are)…

THE CAVEATS TO THIS VERDICT

If you walk into an EIKAIWA CORPORATION office and start ranting about how terrible everything and everyone is to staff and clients alike, then that particular behavior is going above and beyond whatever “non-disparagement clause” may or may not be in your contract.

If you’re disparaging the company on company time that you’re being paid for, and that’s not likely to win over any hearts and minds (freedom of speech does not equal freedom of consequences).

However, if you complain about your company to a coworker and your boss finds out and tells you that you’re not permitted to say anything negative about the company because that’s what’s written in the contract that you signed… 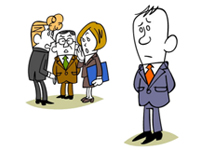 A company can ask you not to disparage the company while you’re on the clock, but they have no control over what you say in private (or to whom you say it).

They can try to sue you for defamation, but – as noted – that’s very different from disparagement.

Defamation is a civil injustice that’s handled by tort law.

Not only does a company have to take you to court, they also have to prove the defamation took place AND show that damages have been incurred.

So, what’s the point of including such a non-disparagement clause in a contract to begin with, considering that such things are of dubious legality and questionable wisdom?

It’s easier for a company to silence an employee with the threat of legal action and platitudes such as “it’s written in the contract (to there)” than it is to actually change whatever part of their business model that’s causing people to be unhappy (lack of health care; unpaid overtime; general megalomania).

Prevention is the best cure: it’s easier for a company to control the narrative through fear of reprisal (i.e. legal costs; dismissal) than it is to control the damage after the fact (even if such criticism is not always fair).

That being said, a few general observations suggest that these clauses are less of a legal issue than they may first appear; they are often more a tool to enforce silence upon the less-wealthy signatory.

So, how does one protect themselves when a company is claiming that disparagement and/or defamation occurred?

If it’s disparagement (and as long as you’re not screaming at people in your place of work because, again, that’s something else entirely), your freedom of speech is protected by Article 21 of the Constitution of Japan.

If it’s defamation… well, it isn’t slander if it’s true.