Your Company Is Not Your Friend [OP-ED]

The article even featured a poster that it was fawning over: a manager’s head-shot cut and pasted upon a “cute-yet-purposefully-childish” drawn body, watering a sunflower that was equally comprised of the cut-and-pasted heads of the people under his care. Bright, blossoming smiles for everyone.

Have you ever seen what really happens to sunflowers in summer, though? 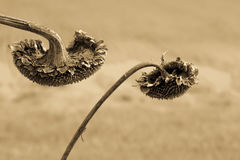 WAKING UP TO REALITY

It took about six weeks of being in Japan for the sunflower metaphor to burn away, and five of those six weeks didn’t involve any employment.

The first company I found myself working for (hint: ♥) was the very definition of “scraping the bottom of the barrel” in an industry that seems to be nothing but barrel bottoms: dispatch.

If you’re somehow not familiar with what a dispatch company is (and, boy, you’re reading the wrong website if that’s the case), dispatch companies are nothing more than glorified temp agencies that pretend that they have some degree of credibility because of a fleeting connection to education via the clients that want what they’re selling (namely: people).

The “temp agency” comparison isn’t even unfair: the company that I worked for still gleefully states that it’s “[l]icensed to provide temporary staff by the Ministry of Labour”.

They dress it up by pretending that they deeply care about English education in Japan; about how they’re committed to the schools that they supply; that they’re enriching the lives of poor little Japanese children across he country who ever-so desperately need a foreigner in their weekly schedule to make their life worth living (and won’t somebody please think of the children?).

It’s all lies and manipulation.

A business exists to make money, and money is the only thing that these companies care about. Everything else is a means to an end. 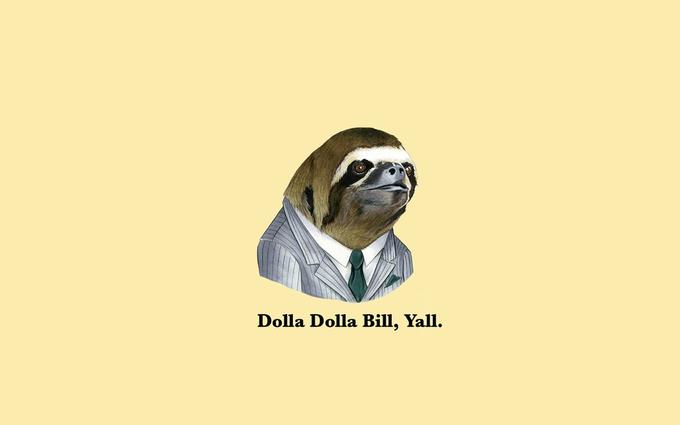 This company claimed to be different (because they all do): “bigger isn’t always better”, they proclaimed in reference to their biggest rival, and that’s why they were a superior company. Smaller is more intimate; more personal; more familiar.

You’re not a cog in the machine – you’re a valued member of the company.

The “[l]icensed to provide temporary staff” / “paid per day of work, calculated per hour” / “no health insurance” / “no unemployment insurance” / “pay for your own mandatory health check” / “slightly above minimum wage” company.

Of course, the next company was a nest of snakes, too – they were just better at hiding it.

This was a company that “accept[ed] the human dignity of all the people”, “underst[ood] that there are differences among individuals”, and “hope[d] that people can change”. I wasn’t a simple teacher, anymore – I was an “international professional”.

Yet, dispute all of what they claimed to be, they were almost identical to the other company. The real only difference was that THIS company had more people in suits than THAT company, paid a monthly salary, and provided unemployment insurance thanks to the prior (often unheralded) efforts from the General Union.

Snakes are snakes, but some snakes constrict while others use venom.

The first company was venomous; the second company was a constrictor. You end up just as lifeless at the end of it, either way.

It took me two years or so to find out that I was being suffocated to death, but that realization finally startled me out of my slumber.

I woke up. I wanted out. I contacted the General Union. The rest is history.

YOUR COMPANY IS NOT YOUR FRIEND

It’s easy to work for a company and think that YOU owe THEM something.

It’s almost like Stockholm Syndrome – irrational feelings and emotional ties that people form as a kind of survival strategy to justify being screwed over.

The company might be destroying your life, but it’s okay because they enabled you to live in Japan! They’re nice to you on the phone! When you had a problem at your company-managed apartment, they helped you out! They sponsored your visa! They spoke to SoftBank for you and now you have an iPhone!

You’re making them money hand over fist – without you, they wouldn’t have a company to begin with. You’re their lifeblood; you’re paying their wages (and your own) with your hard work.

If anything, THEY owe YOU.

This isn’t to say that there aren’t some exceptional people out there who genuinely do care about the people they’re being paid to look after. However, don’t confuse talented and passionate individuals as being representative of the greater company.

What I’m saying is this: don’t guilt yourself into thinking that you have an obligation to a company because of that one time they did something that made you happy.

Don’t stay at a company that you hate out of some sense of misguided appreciation.

Don’t let your company take the credit for the work that you do.

You’re worth more than that.

I want to round this off by providing a transcript from a video by “video-game not-journalist” Jim Sterling, who you may or may not have heard of.

Jim Sterling tends to be fairly brazen, but (love him or loathe him) there’s often a sharp truth to what he says – especially when it comes to calling out corporate shenanigans.

The context of this transcript is that a website by the name of Brash Games was “hiring” people to review games for them, “paying” them with “exposure”, and then scrubbing their names from the website (but keeping the work that they did) when they the audacity to quit when they discovered that “exposure” doesn’t put food on the table.

All of it is good advice (never, ever, work for exposure); but the latter half is what I want to point out in particular: getting known, building your personal brand, and never trusting any company that might you work for (with “trust” being the keyword, here).

It’s a different industry, sure – but replace “site” with “company” and “exposure” with “unpaid overtime” and “low salaries” and… well, he might as well be talking about Japan.

“Brash Games might be a coalition of extremities, but individual examples of its behavior are not, sadly, out of the ordinary.

Hell, a few years back, while I was still at Destructoid, they once quite publicly brought on a group of unpaid interns to produce content for the site, and it was no cooler then than it is now.

For a long time, however, it was seen as quite normal to work “for exposure” in games media.

But the times? They are a-changing, and the tolerance for this [nonsense] is at an all-time low – especially when blogs are no longer the only and best way to get a foot in the door.

So let me say this, right now, to anybody who wants to write game reviews, news editorials, or whatever: if you’re working for a site that’s not paying you, leave it.

If a site can’t afford to pay you, it doesn’t have the credibility needed to give you the “exposure” you’re being promised.

In fact, you’d be better off starting your own YouTube channel or your own blog and going it alone for all the help companies like Brash will [not] provide.

Build your brand – your own name; use whatever outlet you have, and and make it work for you – not the other way around.

Hell, that last part’s true even if you ARE being paid.

You want to be a success in games media? Get in, get known, get the [heck] out, and NEVER trust them.

Don’t trust a single one of them.

Who is the “them” I’m referring to?

It’s whoever is telling you, right now, that they’re “going to take care of you” and “the best days of your career” starts with them and your job working for them is “the best job ever”.

By all means, like them; by all means, work for them with all the joy in your heart; but never, for a second, ever, ever, EVER, trust that [clucking runt].”

The union is running a series of opinion pieces and is calling for submissions from members. We are looking for opinion pieces that relate to workplace issues. We are hoping to generate discussion within the union and the wider foreign community. Submissions should be around 500-1000 words long and should be submitted as a Word or Text document to union(@)generalunion.org