Shane English School has 211 locations within Japan – 189 of which happen to be within the Tokyo Metropolitan Area. As of January 14th, 2017, it holds a 2.9 (out of 5) rating on www.glassdoor.com (although this also includes reviews from teachers working in China and South Korea).

So, how does the contract hold up against the “commitment to educational excellence” that Shane English School maintains? Will it be a source of pride, or one of shame?

If you’ve been following this series for a while, you probably know what the answer to that question is going to be.

Compared to what we see from other companies, the contract that Shane English School (Vnet) uses isn’t particularly long.

At eight pages in length (including a “Service Disciplines” section and a “Written Oath”), the contract nevertheless has all of the legalese and clauses that one might expect from an English-language business.

Now, for the sake of clarity, it’s important to note that this is a part-time contract, and that this particular contract comes from a Shane English franchisee (Vnet) in the Fukuoka area. It appears that not all contracts are made equal, and that the Shane English contracts which franchises use may not be identical to those of other franchise operators.

Be that as it may, the contract has “SHANE ENGLISH 2015” emblazoned upon the top of every page, and the franchise – much like any other franchise – uses the Shane English logo, branding, bags, books, and the name “Shane English School” when writing contracts or answering the phone.

Much like McDonald’s, Taco Bell, and other franchises, the franchisee and franchiser are, for all intents and purposes, indistinguishable.

Suffice to say, problems caused by one are problems shared by all.

The fact that the contract does not state the working times and/or total working hours that the employee is expected to do is an immediate red flag.

That this is hand-waved away with the statement that such things will be set out “by the company” in a “task schedule”, making no mention of starting times, finishing times, and working hours, leaves an instructor wide open to exploitation.

In regards to how this ambiguous clause affects people in reality, we spoke to a source at Shane English for their thoughts on the matter:

“When you sign the [part time] contract, you are basically offered a few classes on one or more days, and hopefully the work will increase over time. A major worry about working hours was that I heard, on several occasions, that management wanted to open afternoon classes on some of my days – but, because I couldn’t do them (due to other work commitments), it was made clear that another teacher would simply replace me on that day.”

As one might expect, such ambiguous hours also mean that (allegedly) very, very few people at Shane English are enrolled in Shakai Hoken.

While it isn’t unusual for a company to dock the pay of workers for absence due to illness (especially when they don’t have any personal holidays left to cover those days), it is rather unusual to claim that the reason for doing so is so that the company can “pay for a replacement”.

It’s also unusual to “withhold payment” for work that hasn’t been performed, too.

“If you call in sick, the staff desperately calls all the other part-time teachers to see if they can cover the absence. If no one can cover, they simply cancel classes. The sick teacher doesn’t get paid. Part-time teachers get no pay of any kind except for when they are in a classroom with students, or if a student fails to turn up without giving notice.”

Shane English School should just call this what it is: the company not paying you for work you’re not able to do (due to illness).

If you have a desire for financial security, you are not going to find it here.

Not only does an instructor not know their starting time(s), finishing time(s), or number of hours they are likely to work per-week, they also don’t have any real idea about how much salary they will be making.

All they know is that it will be calculated “by the hours taught” and “paid in five minute segments”.

As for the mentioned “base salary”, that’s also rather dubious, as our source explains:

“The system is that you get paid for what you teach. No more, no less. There’s also a complicated and unfair bonus system for part- and full-time teachers.”

There’s also one other problem: it is illegal to round up (or round down) working time to the nearest five minutes.

Such an act can amount to wage theft, and it is something that Seven Eleven (Japan) recently got in trouble for:

“Following Tatsumi’s criticism, Seven-Eleven Japan on August 23 sent to its franchisees a written notice that it decided to change the wage system so that workers’ wages will be calculated in units of minutes instead of in units of quarters of an hour. The written notice also states that it is illegal to round up or down the number of hours worked.”
– Japan Press Weekly

According to our source, Shane English is also engaging in wage theft via forcing teachers to arrive at school thirty minutes before their first class, but not paying them for that time in any way.

Over the course of a week, that amounts to two and a half hours of unpaid work – more than two whole lessons!

For those who might not know, a “taiken lesson” is usually a free lesson that is offered to a prospective student in the hope that they will “try” whatever is being presented to them, and then subsequently pay for the full course.

“A [Say Hello] lesson is 20 minutes. The teacher is paid for the 20 minutes. If the student joins [the school], the teacher gets 500 yen. Full-time teachers get 1500. I’m not sure why there’s a difference, but it can cause friction at schools where part- and full-time teachers work together, do the same lesson, but get a significantly different amount.”

Don’t spend it all at once!

We’ve spoken at length about non-compete clauses in the past (see: Illegal Contract Clauses (Part IV) – The Five Year Non-Compete Ban), including advice from an actual lawyer, but this one is special.

This one has a TWO MILLION YEN FINE attached to it. 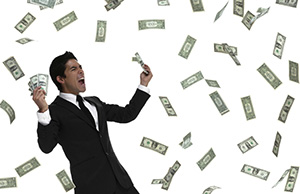 Unless a company offers proactive compensation for the restrictions that it seeks to place on someone in regards to non-compete clauses of his kind (to compensate for the hardship such a restriction places on the individual), such clauses are little more than wishful thinking.

A company cannot ban someone from “mak[ing] a contract with a student within 2 years” of leaving that company; a company certainly cannot fine someone “two million yen” for doing so.

In addition, a company cannot prohibit a private individual from seeking out a former Shane employee with the intent to ask them for private lessons.

However, if you didn’t KNOW that, then this all sounds very scary – because that’s the whole point of a threat like this.

This is a “BEWARE OF THE DOG” or “TRESPASSERS WILL BE SHOT” sign, only in contract form, and is about as legally valid (perhaps even less, because at least the dog could bite you). 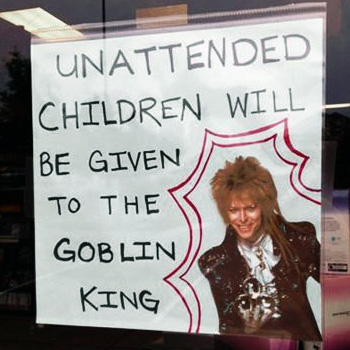 This reminds me of something…

ARTICLE 9: TERMINATION OF AGREEMENT (WITH THE USUAL NONSENSE)

If you’ve been following the “Illegal Contract Clauses” series for a while, you probably know how these “termination” clauses tend to go, and why they’re usually illegal. This one is no exception.

Contrary to what Shane English (and a depressing number of other companies) say, the Labor Standards Act states 30 days of notice or 30 days of salary in lieu of that notice.

Article 20 (Advance Notice of Dismissal)
In the event that an employer wishes to dismiss a worker, the employer shall provide at least 30 days advance notice. An employer who does not give 30 days advance notice shall pay the average wages for a period of not less than 30 days; provided, however, that this shall not apply in the event that the continuance of the enterprise has been made impossible by a natural disaster or other unavoidable reason nor when the worker is dismissed for reasons attributable to the worker.

Given how little we know of what Shane English School actually calculates salary, and how ambiguous the working hours seem to be, “30 days of salary” might be difficult for them to actually come up with.

So, that’s the part-time contract for Shane English School (Vnet) – illegal clauses, enormous fines, and all.

Of course, sometimes a job is a job, and there are many people out there who have worked for Shane English, have never fallen afoul of such illegalities, and have had a good time.

Still, whatever your take-away from this article may be, that two million yen fine? That’s a new record.