The argument goes like this: faced with the prospect of enduring the expenses of JET or shouldering the costs of expensive direct hire teachers, these destitute boards of education are lucky that dispatch companies provide a relatively low-cost service that they otherwise would not be able to afford – and ALTs are equally lucky that such businesses are around to generate a demand for foreign labor (i.e. them).

The only problem is that this is complete fiction.

DIRECT HIRE IS “EXPENSIVE”; DISPATCH IS NOT

For the longest time, there was one universal truth about teaching in Japan that I subscribed to – JET and direct hire were expensive, and dispatch companies were cheap.

The suggestion was that being a dispatch company ALT was all that you could ever aspire to if you wanted to teach English in Japan.

There was a career ladder to climb, sure – but that ladder was a step-ladder, and your career progression would either be “the bottom rung” or “the step above the bottom rung (which was also the top of the ladder, so… congratulations?)”. 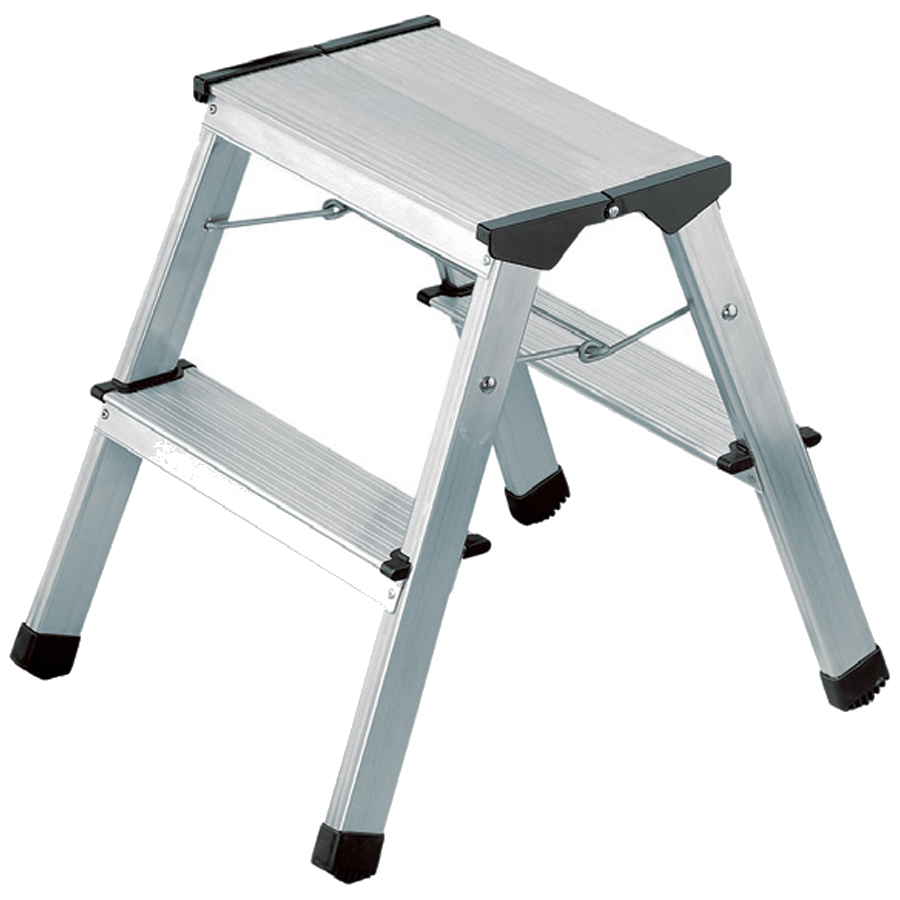 This, except made of plastic (to cut costs).

That just left “direct hire” jobs with boards of education – but those were RARE and EXPENSIVE and you needed to be FLUENT in Japanese AND English and you NEEDED to have a TEACHING LICENSE (or two!) to even be CONSIDERED for such a position IF you could ever find one.

Besides, (the logic goes,) there aren’t any direct hire positions around because they’re too expensive. That’s why every board of education and their dog uses dispatch companies now. Don’t complain! Just be happy with what you have. You get to live in Japan, right? Anyway, it’s the economy! Life is hard! 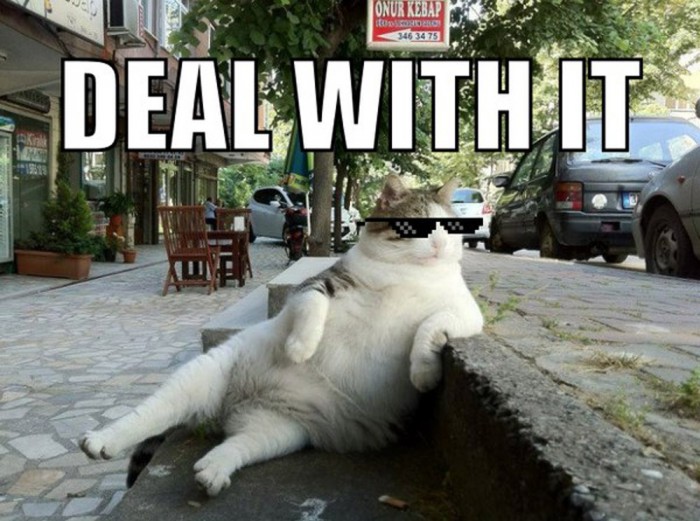 As it just so happens, it turns out that everything I thought I “knew” was wrong.

A BIT OF BACKGROUND

To deconstruct the “direct hire is expensive / dispatch companies are a necessary evil” narrative, let me introduce you to the city that I’ll be using later on in this article to demonstrate just how mistaken that narrative is.

Located in eastern Miyagi Prefecture, this city of 40,000 people has three junior high schools, eight elementary schools, and contracts with a large dispatch company which provides four ALTs for the board of education.

In addition, it’s also worth noting that this city was severely damaged by the 2011 Tōhoku earthquake and subsequent tsunami.

According to Wikipedia, the tsunami “result[ed] in at least 1,039 deaths, and the destruction of over 11,000 structures, or approximately two-thirds of the buildings in the city limits. About 63% of the town was inundated by the tsunami.”

I mention this to build the narrative that this city is neither large nor rich. It is also a city that has suffered greatly from a natural disaster and is still in the process of putting the pieces back together.

It is, one might imagine, the perfect poster-child for the merits of dispatch companies.

Thanks to the relatively low costs of dispatch companies, one might say, this tsunami-battered board of education is still able to have ALTs in its schools for the betterment of English education.

BREAKING DOWN THE MYTH: GROSS PROFIT

Now, it’s difficult to know what (if any) additional overheads and fees were involved in the transfer of money from the board of education to the dispatch company. To that end, we must begin with the only number that we have: ¥19,108,000.

While it’s also difficult to know the exact salary that each invidividual ALT in the city was being paid (there are minor variances), we have enough information to calculate the average ALT salary per annum. 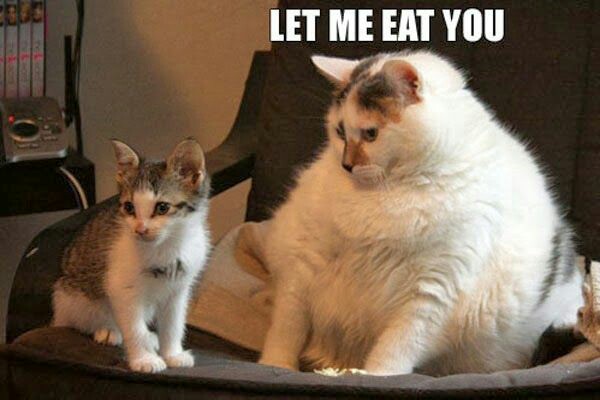 That’s just from ONE board of education.

BREAKING DOWN THE MYTH: NET PROFIT

We know that the dispatch company was keeping its ALTs out of shakai hoken, so they won’t be losing any income from shakai hoken contributions (more on that later).

Keeping that in mind, let’s be fair and add some of the extra costs that we know that the dispatch company incurs in order to work out an estimated net profit.

According to the contract of the ALT, each ALT in the city receives an additional ¥20,000 per month (pro-rated) as a “location allowance”, bringing their base salary up to ¥250,000.

We also know that the dispatch company was paying unemployment insurance of around ¥2,000 per month, so let’s subtract that from the net profit, too.

Again, this is just from ONE small board of education.

Putting it another way, the dispatch company takes in ¥8,168,000 per year just for forwarding e-mails, making the occasional phone call, and generally bossing people around.

That’s quite a racket they have going on.

BREAKING DOWN THE MYTH: WHAT IF THEY HAD TO PAY SHAKAI HOKEN?

If you’ve ever wondered just why shakai hoken (or, rather, shakai hoken avoidance) is the root of all of the evil in the English education business, let’s see what would happen if the dispatch company in question enrolled those four ALTs into the “Employees’ Health and Pension Insurance” system that they so utterly fear.

For this, I’m going to set the individual shakai hoken contributions at ¥40,000 per month (because that’s how much mine is), which would mean that the dispatch company had to match that ¥40,000 contribution with a contribution of its own.

That brings us back to the initial question: is direct hire more expensive than dispatch?

As previously stated, the average salary for a direct hire ALT is around ¥300,000 per month. Obviously, the exact figure varies depending on the board of education, but ¥300,000 is a good general figure to work with.

It’s also unusual for a board of education to break the law, so we can add an additional ¥40,000 of shakai hoken contributions on top of that, and then we’ll ballpark an extra ¥10,000 for additional fees (like unemployment insurance) just for good measure.

If the board of education was to directly hire the ALTs instead of contracting with a shady dispatch company, they could enroll those ALTs in shakai hoken, pay them a livable salary, give them job security, cut out the middle-management, and save around ¥2,307,984 of tax payer’s money per year.

That’s a HUGE difference in expenditure AND quality of life.

Is it any wonder why the General Union is such a strong advocate of direct hire?

It’s difficult to say how the fallacious “direct hire is expensive / dispatch companies are cheap” fantasy began, but it’s easy to see how it spread into common consciousness – and it’s equally easy to see how perpetuating the myth benefits the companies involved.

Though they claim to be a “bridge” between boards of education and foreign teachers, the reality is that dispatch companies position themselves as a wall to prevent teachers (who wonder why they’re having their wage stolen if they’re the ones doing all the work) and boards of education (who wonder why they’re paying so much money to pencil pushers) from getting too comfortable with one another.

If teachers and boards of educations figured out that they would both benefit from cutting out the middle-man, dispatch companies would suddenly lose a lot of the cash that they earn by creating busy-work to project the illusion of necessity.

Add in a healthy dose of good old-fashioned discrimination, and you have a perfect combination for fat cats to get fatter.

Now that you’ve seen just how better your life could be as a directly hired teacher, are you still content to let a greedy dispatch company take credit (literal credit!) for the work that you’re doing?

Whatever you decide, don’t allow the “but dispatch is cheap!” myth to fool you any longer.

You’re worth far more than your company would have you believe.

The union is running a series of opinion pieces and is calling for submissions from members. We are looking for opinion pieces that relate to workplace issues. We are hoping to generate discussion within the union and the wider foreign community. Submissions should be around 500-1000 words long and should be submitted as a Word document to union(@)generalunion.org