Of Lionrock And Needlessly Placing Teachers In Danger

Lionrock made landfall near Ōfunato, Iwate Prefecture, at 18:00 JST on August 30th, 2016. It was the first tropical cyclone to make landfall in Tōhoku since 1951. 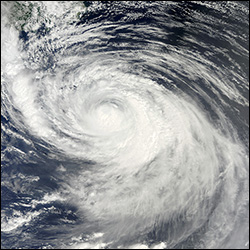 By the time it finally hit Tōhoku, Lionrock’s ferocity had somewhat diminished; yet, even as a tropical storm, Lionrock was still voracious, lashing out with wind speeds of up to 111km/h and flooding the area with rainfall of up to 342mm.

19 people in the town of Iwaizumi, Iwate Prefecture, lost their lives to the storm. A further nine people died from flooding caused by the severe rainfall after being trapped in a nursing home. Three more people in Hokkaido perished after being swept away by an overflowing river.

However, Japan was not the only country to suffer from Lionrock’s wrath. 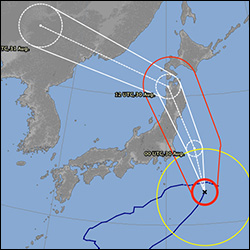 In Russia, 300 houses were flooded, bridges were destroyed by swollen rivers, 1,000 people were evacuated, and three people lost their lives. According to Seven Day News (via Wikipedia), Lionrock was “the worst typhoon to hit the Primorsky Krai region in 40 years, with total damages amounting to 1.2 billion rubles (18.4 million USD)”.

In North Korea, the state-media Central News Agency stated that Lionrock had caused “the heaviest downpour since 1945”, causing flooding that was, by UNICEF’s account, “a disaster beyond anything experienced by local officials”. Lionrock’s wrath resulted in over 35,500 houses being damaged, 107,000 people being evacuated, 133 people losing their lives, and 600,000 people losing access to clean water.

By the time that Lionrock finally subsided, the typhoon had claimed 163 lives and wrought $263,400,000 of damage across four countries.

It was, by all reckoning, a serious storm that caused severe damage – and it could have been much worse, had it not lost some of its intensity.

In anticipation of Lionrock making landfall, one prefecture in particular decided not to take any chances.

The Miyagi Prefectural Board of Education ordered every public elementary and junior-high school to be closed ahead of Lionrock’s expected arrival, and told all students to remain indoors. As is usually standard practice in these situations, part-time staff were also ordered to remain at home.

For the Prefectural Board of Education, Lionrock was no laughing matter.

For dispatch companies in the area, however, it was business as usual.

As flights were being cancelled and schools were being closed across the area, Interac reacted to the incoming typhoon with the usual generic corporate spiel:

As most of you must know, we are soon to face a strong typhoon in the coming days, with Aug 30 (Wednesday) as the anticipated date of arrival.

In most cases, our instructors are unharmed and very excited about the downpour. However, to ensure we continue to enjoy a safe and pleasant time in Japan, I’d like to remind all about the safety precautions facing a typhoon.

Regarding Your Safety
I’d like to share some information from the US embassy as the information could be invaluable for our own safety. Please refer to the links below. You can also refer to your own embassy, Interac’s Safety in Japan manual, and/or contact the branch for further advice.

Regarding Your Work Assignment
As respectable teachers: regardless of the rain, we should keep in mind and be prepared to attend our assignments as usual.

The Company will keep close eye on the situation and notify you if there are changes to your specific assignment. Please keep an eye on your inbox on a regular basis for updates and keep your phone and emergency card details with you at all times.

In some cases, you may hear that school is closed, trains/buses stop, or teachers are not attending on the day of the typhoon. If this happens, please contact the Company so that our staff can help clarify your situation.

Interac ALTs (who are often “very excited about the downpour”, according to the company) were given a list of links regarding the severity and intensity of the storm, but ultimately told to do their best to not get killed by it.

Now, to be fair, Interac reportedly switched a number of ALTs from their assignments to “Work Day” assignments once it became clear that their assigned school(s) would not need them. However, it is equally important to note that this was a reactive, rather than pro-active, assignment change.

At the same time, Joytalk – arguably the second major dispatch company in the Miyagi area – dialled the contempt for the storm up even higher:

Please be prepared for the typhoon coming tomorrow. It is being predicted as a lot larger than the previous one a week or so ago and from my window the clouds are already moving very quickly so it seems fairly serious.

This might mean taking an earlier bus or taking extra time to get rain gear on and deal with the traffic and drivers who are not confident in the rain.

Unless someone from the office gets in touch with you, you are expected to head to work as normal.

Regardless of the typhoon, if you are going to be late tomorrow because of any reason from train delays or traffic to your shoe getting wet and slowing you down, PLEASE contact the office before your scheduled working time. In a typhoon schools are very forgiving and understanding of teachers traveling in a storm.

More than anything, please consider your safety. Take your time, get where you need to be, and arrive alive. Drivers get wild in the water and the rains and have a habit of not using their brains during the storms. Bring some extra clothes and maybe a towel, don’t forget your rain gear and boots! Lock your windows tight unless you want sideways rain getting inside!

I hope that you have as dry a typhoon as possible. Please stay safe and if you have any questions at all, please do not hesitate to contact the office with any concerns.

“It seems fairly serious,” Joytalk wrote, without a hint of irony. “More than anything, please consider your safety”.

This was later followed by a sentence about the dangers of driving in wet weather, with the ultimate conclusion being “bring some extra clothes and maybe a towel”; ALTs should “tak[e] extra time” and, you know, maybe try not to die along the way (thanks).

WHY THIS IS AN ISSUE

The biggest problem with this laissez-faire attitude towards severe weather and the safety of employees, however, is not that Lionrock was a typhoon that claimed 133 lives and caused $263,400,000 of damage – it’s that this is usually par for the course when it comes to dispatch companies and eikaiwas reacting to the dangers that such severe weather presents.

Whenever there is a typhoon or a blizzard or any kind of severe weather, the attitude is usually always the same: brave the weather, go to your assigned place, and then twiddle your thumbs for a few hours before you have to brave the weather a second time when you go home. The idea, perhaps, is that this “looks good” for the company.

However, who are these companies actually impressing? Grandstanding only works if anyone actually cares enough to watch you do it.

No one is going to be impressed when you get an employee killed by placing them in needless danger.

WHAT COULD HAVE BEEN

Safety should be paramount, even if that means you have to be a little paranoid to accomplish it.

Ultimately, Lionrock may not have been as destructive as people had feared; but as Lionrock was approaching the Tōhoku area, no one knew that the raging typhoon would lose some of its intensity – and even after that, it still claimed 133 lives, with another 395 missing.

Those companies that pointlessly sent their employees out into the storm were lucky – this time.

What about next time?