At the end of the previous article about the illegal conditions contained within the World Kinder International School contract, we left off with the theoretical (but understandable!) scenario of an employee being somewhat irritated at having to work for sixty (or more!) illegal hours, every week, without overtime.

Well, the good news is this: if you don’t like the conditions, you don’t have to work under them, because you just got fired!

Wait… That’s not good news at all.

12. School reputation:
a. Employee must conduct him / herself in a manner that reflects good working environment for children, parents and colleagues, including refraining from complaining about standard duties.

ProTip: If a contract has a specifically written “don’t complain” clause into a contract, there is probably a reason why it’s there, and that should be a clear warning that this might be a company to stay away from.)

In addition, this would seem to go against your right to free speech, as granted by the Constitution of Japan:

Article 19. Freedom of thought and conscience shall not be violated.

Article 21. Freedom of assembly and association as well as speech, press and all other forms of expression are guaranteed. No censorship shall be maintained, nor shall the secrecy of any means of communication be violated.

So, you’ve exercised your freedom of thought and speech, and you’re not happy with all of these exploitative hours and duties that you have to perform. What happens next?

b. Should the Employee’s personal conduct reflect poorly on the Employer, such that the Employer’s reputation is damaged, the Employer will seek damages as prescribed by law.

World Kinder International School is going to chase you for damages “as prescribed by law“, is what.

There is an irony here that I feel must be pointed out: the use of the words “by law” in a contract that takes great pleasure in breaking as many laws as it possibly can. 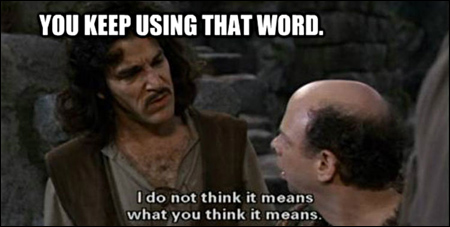 Irony aside, can the employer legally seek damages against you for complaining about your working conditions?

Article 16. (Ban on Predetermined Compensation)
An employer shall not make a contract which fixes in advance either a sum payable to the employer for breach of contract or an amount of compensation for damages.

Now, there is a case to be made that if you were to personally engage in a campaign of baseless defamation against a person that would result in that person’s reputation being severely tarnished, then damages could be awarded against you due to such misrepresentation.

However, there is a big different between “slander” and “complaining about illegal working conditions”, and the contractual clause seeks to prohibit the latter, rather than ward against the former.

In addition, while no sum has been “fixed in advance” for damages caused by complaining, the General Union has records of an e-mail exchange in which the owner of World Kinder International School sought ￥60,000 in damages for “visa processing and advertisement” fees, which should be a clear indication that the owner is interpreting their clause as giving them the right to seek such compensation.

This is illegal no matter how it is conducted.

In any case, none of that matters to World International Kinder School, because…

Yep, you guessed it: there’s an illegal dismissal policy.

The employer “reserves the right to immediate termination”? There is no “right” that grants an employer permission to immediately terminate someone.

In fact, the law is very clear about the legality so-called “right”:

As we’ve written before, an employer must (a) have a VERY strong reason for the dismissal, (b) like, REALLY strong, and (c) must give thirty days or notice OR thirty days of salary.

An employer cannot just dismiss someone on the spot.

We went into detail about this topic in our “Illegal Contract Clauses (Part II) – Kinder Kids” article, and (while you can read more about it by following the previous link) explained that the Labor Standards Office would only support an employer’s dismissal case if the employee had done something so extreme that it was clear that such an employee could not work at that company any more (for example: punching a manager, or causing an accident while drink-driving).

So, no: an employer does not have “the right” to immediately terminate an employee – especially not for something as trivial as complaining about their work.

c. Employee may terminate the contract as long as a minimum two month’s notice is given.

As we know, the Labor Standards Act states that an employee only has to give an employer two weeks of notice, and not a day more.

While that covers most of the illegalities of the contract as they pertain to labor issues, there is one more thing we have to look at before we wrap things up…

The lack of flexible holidays is another illegality, and the final one that we’ll look at within the context of this contract.

Japanese labor law stipulates that an employee is entitled to at least a certain number of holidays, per year, depending on how long they have been working for a particular company.

Those holidays are given to you by the law – not by a company. To that end, they are yours to be used as you deem fit, whenever you want to use them, for whatever reason.

A company cannot deny those holidays to an employee, nor can it set those holidays for you (it can set other, extra holidays, but not the core number of flexible holidays).

Hopefully, now that you’ve seen an example of the worst kind of contract that you might encounter, you’ll now be informed enough to see all of the warning signs and avoid such contracts with extreme prejudice.

If you’re already in a contract such as this one, however, then it might be time to consider working for a different company, if such an option is available to you. If it isn’t, then please contact the General Union about your predicament – we might be able to help you out, or at least put you in contact with another union or labor office that can.

The General Union realises that, given the option between “employment” and “unemployment”, “employment” will always seem to be the better choice. It’s perfectly understandable that even terrible working conditions are attractive when the alternative is not being able to pay rent or even buy food.

However, an individual should also know when they are walking into a bad situation, and if that situation can be avoided… well, we hope that we are given you the knowledge and tools to help you make the correct decision.