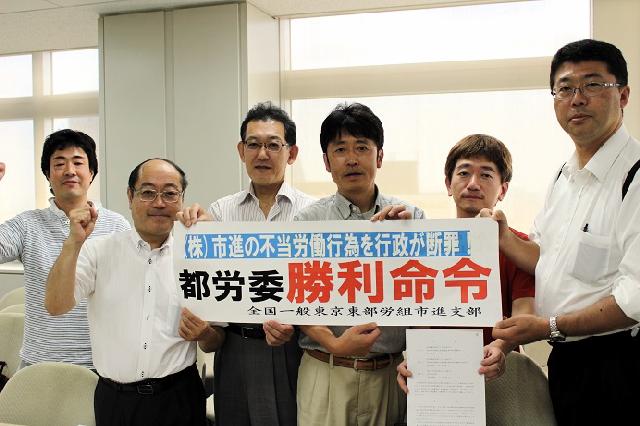 The workers were on one year term contracts and were able to renew their contracts by joining the union and filing a case with the Labor Commission. This landmark decision gives hope and confidence to casual workers and shows that with unity it is possible to overcome unfair dismissals.

On June 30th, in a second victory for the union at Ichishin Gakuin, the Tokyo District Court handed down a decision on the dismissal case of two other union members at Ichishin Gakuin. Both had been on fixed term contracts for over 20 years, when they were denied renewal in February 2013. The court recognized the employment status of the two and ordered back payment of wages.