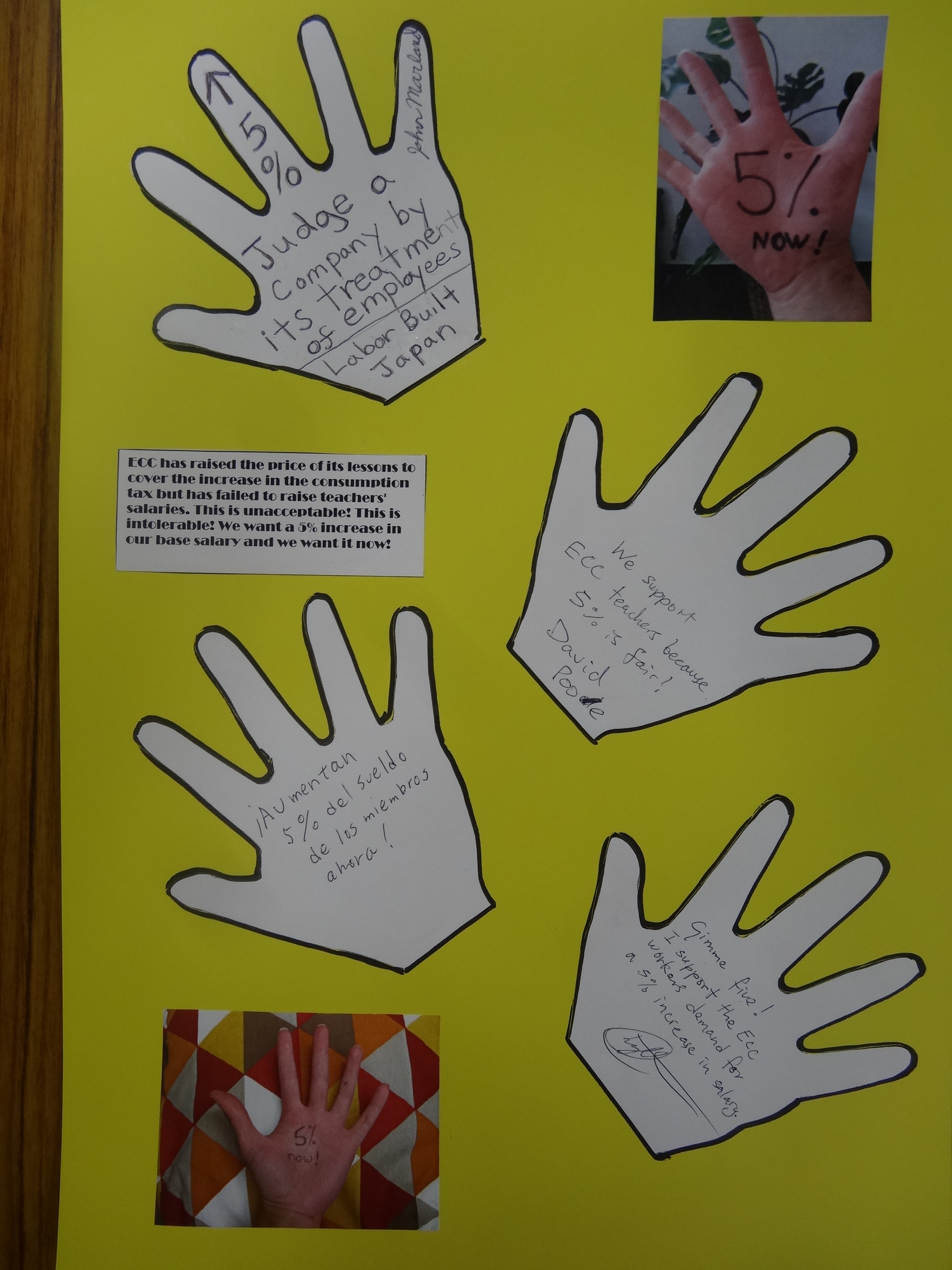 The card, which wound up taking the form of an 18-page scrapbook due to the sheer volume of support the branch is receiving, was jam-packed with messages and photos from both ECC members and members of other branches, with a hand motif to illustrate the branch’s main demand: a 5% across-the-board pay increase. Attendees at May 24’s Annual General Meeting wrote messages on paper hands, and ECC members provided more messages and pictures via e-mail over the next couple of days.

This was the final collective bargaining session before the ECC branch’s June 30 dispute deadline. With less than a month left until the deadline, the company continues to refuse to negotiate with us over our main demand. The reason given is simply that ECC, as a company, does not give across-the-board pay increases. There has been no counter offer given. This is negotiating in bad faith and is unacceptable.

The card was a demonstration of union support for the pay increase demand, as well as a light-hearted attempt to get ECC management to view employees as human rather than just cogs in the company, but General Union members are serious about winning an across-the-board pay increase and are prepared to take any action necessary, including striking, after the June 30 deadline passes.

With rising costs and a weakening yen, we are well overdue for a pay raise. It’s time for ECC to recognize its employees’ hard work and dedication to the company and give us compensation that will allow us to meet a respectable standard of living.

The ECC branch has begun working closely with the Berlitz branch, which is also demanding a pay raise. This is the new frontier of union action in the eikaiwa sector, and we hope to see many more workplaces joining us in the fight for fair pay.