It took a long time to go through 17 years worth of the newsletters, but we’ve finally finished our news archive! One of the reasons it took so long was that the old newsletters brought back a lot of memories of some long disputes, union meetings, and organising drives.

But now it’s ready for the whole world to see. You see that we’re not a ‘flash in the pan’ union; that we have a long history and an especially long history at winning.

From 1995 through to 2012 you’ll see a lot of interesting pieces of the union’s history. The GEOS and Nichibei disputes; two long disputes against union busting that have a lot to do with our union’s reputation as a force to deal with in the private language industry. You’ll find news about our hard work to improve working conditions throughout the whole industry. Berlitz, ECC, Linguaphone, just to name a few.

In the late 90s and early 2000s you’ll begin to see our increased presence in universities and high schools starting with disputes at the Higashi Osaka and Nishinomiya Boards of Education over contract limits. Looking a little farther on, victories and campaigns in universities become much more pronounced including our dispute and strike at Ristumeikan University.

By 2002 the General Union along with our sister unions National Union of General Workers Tokyo Nambu, Fukuoka and Kumamoto General Unions, and the Language Teachers Union of Sendai came together to launch a national newsletter. The birth of the ‘National Union Voice’ brought us much more closely together as we were able to share our victories, strategies, and disputes.

As we moved into the mid 2000s the internet started to become much more important in terms of getting the news out to members and non-members alike and this led to less publication of the paper version. I’m astounded that prior to this we were putting out the paper six to eight times per year.

We hope that the quality has improved over the years. Not just in the look, but also in the content. I remember helping to layout the first issue of what would become known as the ‘General Union News’ back in July 1995. Now looking back, you can see that we had no idea about how a paper should look like.

As the longest standing editor of the news, I hope that you can enjoy the past issues and also enjoy our new colour version starting in July/August 2013. We hope to make the paper and the stories more attractive to potential new members, while continuing to bring news stories to our members. Members will now have a choice to read the story online with a magazine reader or to continue to get it in the post. 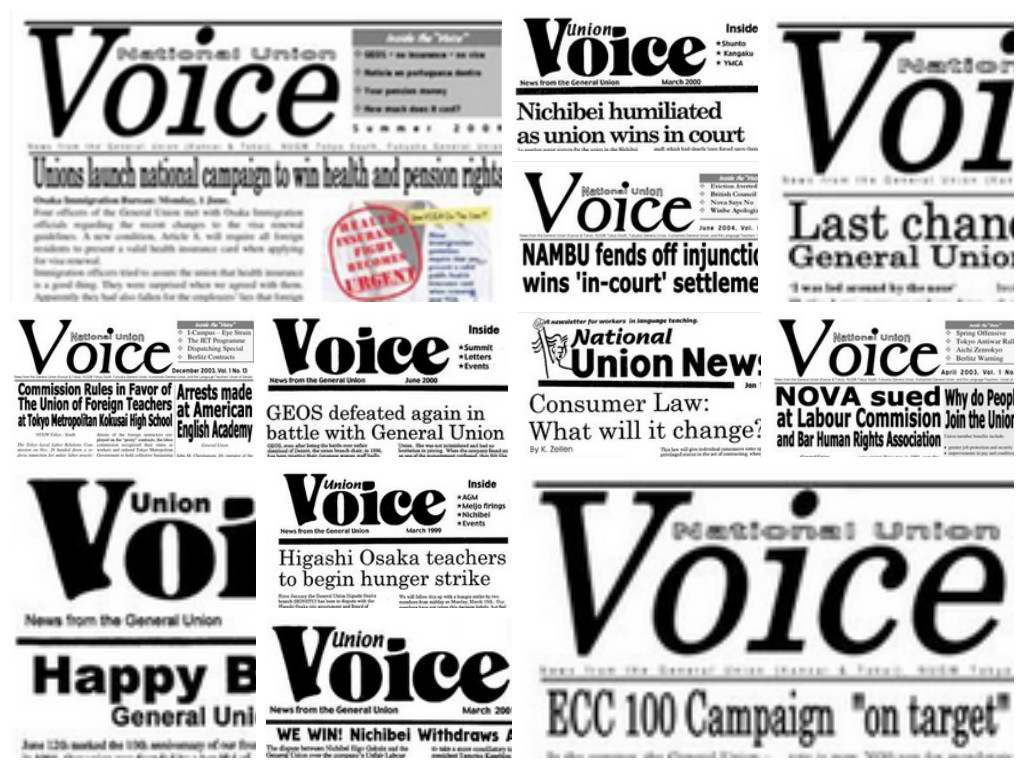