Gaba’s Slap in the Face to Instructors

Why? Because, of course, in the eyes of Gaba’s management we are not ‘staff’. That in itself is bad enough, but because we do not receive a fixed salary and are only paid for the lessons we teach, closing off the learning studios early means that we will lose money.

It is now just a few days before the party, and many instructors are only just now finding out about the lesson closures. We have been asking, but company representatives have been reluctant to talk about why the lessons were closed and why instructors are not being directly informed. 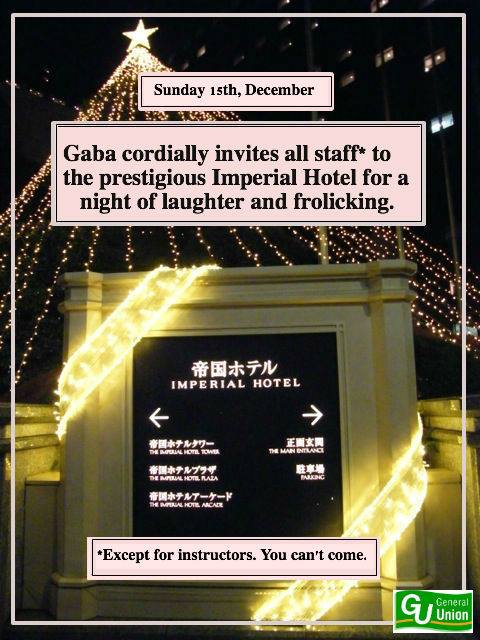 We feel that cutting the pay of instructors to hold a party that they are not allowed to attend is incredibly rude and disrespectful. Many instructors submitted an “Instructor Voice” (a method of officially asking questions to the company) asking why this is. Unfortunately Gaba’s management has chosen to only answer a handful of them, and to those they have answered they have replied in a rather high-handed manner, saying that Gaba can “amend its times of operations at the Learning Studios as it (Gaba) sees fit”. In addition, they have refused to consider paying instructors for the lessons that were cancelled.

The union has heard rumors that some instructors had booked lessons cancelled. We are yet to confirm this and will be seeking comment from Gaba. In the meantime, please let us know if this has happened to you or a coworker.

We are curious to know if Gaba management has told its clients, who come to Gaba for the sole reason of taking lessons from Gaba instructors, that they were unable to book lessons at that time due to Gaba management holding a luxury party for themselves that the instructors are not allowed to attend.

Fortunately, the Gaba General Union Branch has made plans to hold a party of its own at What The Dickens in Ebisu from 7pm on the same night. Click here for the Facebook page. It is free to attend and all instructors and Gaba staff are very welcome to come, along with friends and family.

Needless to say that we are pursuing this matter, and we will keep you updated as to our progress. We are currently preparing to consult a lawyer to see if the Master Services Contract actually allows closures for such trivial things as a party. Purposely cutting us out of company celebrations is wrong. Closing our lessons without telling us is adding insult to injury. 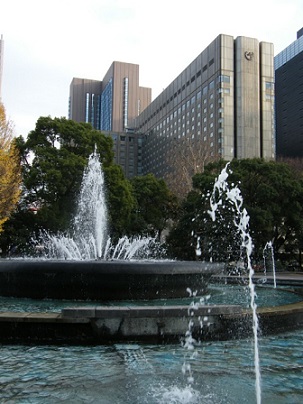